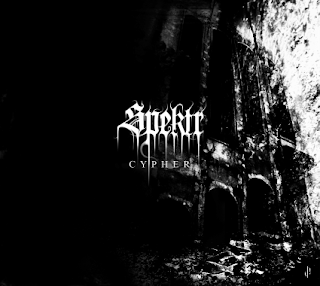 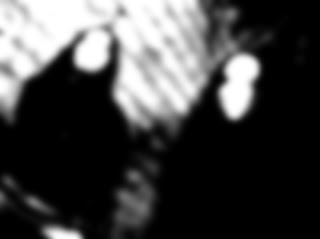 I've been awaiting this album from Spektr ever since I first found the back several years back. Like I've said many times, the industrial black metal genre has given birth to bands that are quite diverse, and Spektr have proven to be among the most obscure of those bands. Remaining pretty anonymous despite releasing two full-lengths and an EP in the last decade, they continue to be a duo of musicians in which is proves to be entirely about the music and not the reasons behind it.
As far as the other releases in the band's discography are concerned, even I was surprised by this album - though it is easy to see that it does pick up where the 2007 Mescalyne EP left off, especially production wise. This is a much slicker sounding recording than their early material, which in some ways lessens the intensity of the music, but in others makes it all the more forward thinking. You don't have as much noise and distortion filling up the mix as early albums exhibited, but you don't have the ambiance that the aforementioned EP appeared to toy around with. This is somewhere between being dissonant and jazzy on a lot of occasions, and it's obvious that more than a little of this comes from a DSO influence of some sort. Having said that, it never came off as sounding obnoxious or as a direct rip-off. Which makes it all the more interesting since the majority of this record is instrumental, reducing the use of vocals to almost none in most cases. Personally, as much as I love the guitar lines on here, it's the jazzy bass lines that always get me, hear The Singularity, because they just come through the distortion and noise in the right way so that they don't overwhelm but are still very thick and clean sounding.
As the album progresses, the band appear to grow more and more into that DSO sound until about halfway in you forget that it's even there anymore. The duo just take this sound that's been going around and getting popular recently and kind of turn it on its head. They make it their own by incorporating it more and more into their own style until you happen to reach that halfway point and you realize that the band have basically just duped you. They make you aware of that influence and that sound and then throw it back in your face. Antimatter is that shifting point. It's where that dissonance becomes a more melodic point and the album isn't quite as obtuse sounding, showing you that they are capable of turning chaos into harmony, or melody in this case I guess. Along with that, it's worth mentioning how Hth's other project Haemoth have apparently found a way to pierce Spektr's previously impenetrable hide. With the cleaner production, some of the more straightforward and traditional black metal riffs, like the ones found in the title-track, clearly call back to some similar patterns in Haemoth's back catalog - which is strange because that band is extremely noisy sounding. The album finally jumps into a pool of noisy industrial soundscapes in its final tracks, choosing to drown the listener in various effects instead of blasting them to death. A peculiar way to end the album, but one that definitely works.
I was very impressed with the album - though I do not find it to be a perfect album there are certainly more positives than negatives. The majority of the album is a nice dose of dissonant black metal that toys around with popular ideas and then deconstructs them. If this album is any indication of how this year will turn out, it looks like it's going to be a pretty interesting year.
Overall Score: 8.5
Highlights: Teratology, Antimatter, Cypher
Posted by maskofgojira at 12:47 PM