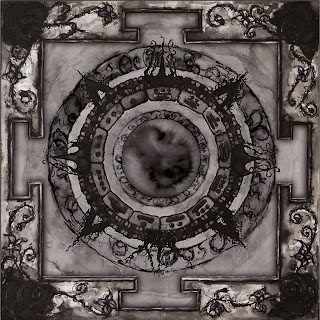 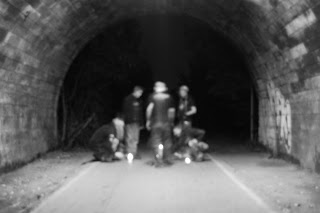 I've been awaiting new material from Haar for a little while now. I first heard of them about a year or two back and was very impressed with what they were doing but was never able to find a copy of their material until recently. This was one of those releases I had to write a review of as soon as I found it.
As a band, Haar play a style of black metal that is somewhat hard to really place, as it takes ideas from many good bands and places them together into some more standard sounding arrangements. Now, when I say standard, do not mistake that for me saying that it's in the "pop formula" for writing songs (IE. verse-chorus-verse-chorus), but is standard for black metal. So you have tremolo picked guitar lines, blasting drums, and howled vocals, but mixed in with that are riffs that recall the dissonance of Deathspell Omega and the atmosphere and slowness of mid-period Lunar Aurora or maybe even of Tristan's side-project Trist but done in a sort of Isis post-metal kind of way. I know, that sounds sort of bizarre, but these guys really take the idea of "post-black metal" and "progressive black metal" and find some sort of middle ground where there isn't so much post-rock influence and there is no abstraction into more noodling instrumental passages, just straight-up black metal with interesting riff choices. Honestly, it isn't a particularly fast record, even when it blasts, but the entire thing has this heavy atmosphere that just pounds down on you as you're listening. While I don't think that the band have hit the point where their sound is completely their own, this record definitely shows that they are well on their way to doing so.
I thought this was a really solid piece of work and a nice next step for the band's evolution. This was sort of an low-profile release (from what it seemed like to me anyway) and I don't recommend letting this one slip past you. If you like interesting sounding black metal, I highly recommend you look into these guys.
Overall Score: 7.5
Highlights: Lost Arcane Rights, Shrouded City
Posted by maskofgojira at 9:29 PM