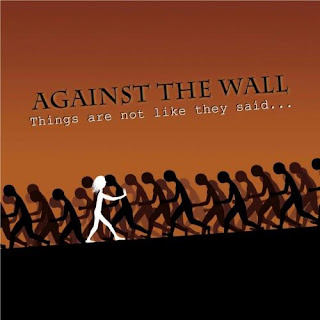 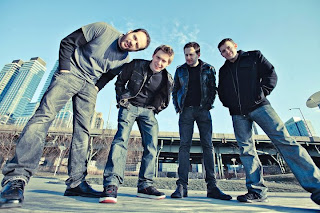 You wanna talk about procrastination, I've been with this disc for almost an entire year at this point and have only just recently remembered it. I'll blame it on improper labeling when I first got the files but whatever. Daniel Jakubovic, the guitarist and vocalist for the band, has collaborated with Jordan Rudess and that was the initial draw to me for this album originally.
Now, knowing how large the prog-rock genre is, going in hearing only the single Look Up At The Sky, I was well aware of how little that could actually represent the entire album. That assumption was right on the money in this case, with the rest of the album channeling many sources of inspiration from chugging metal moments that certainly recall Dream Theater to more somber moments that have more in common with neo-prog. Now, those two sounds aren't going to surprise anyone familiar with progressive music, but it's the pop sensibilities of this band that certainly stood out to me, and not always in a good way. Now, I hate to compare a band as clearly talented as this one to a bland and very mainstream act but in this case it rang true. Jakubovic's voice is perfectly decent, but it really began to irritate me quite early on and for some reason reminded me of the lead singer in the emo-alt. rock band Armour For Sleep. It became rather hard for me to simply listen to this album with as much as his singing began to annoy me. Realize that this was a problem that I had with the album and it may not be one for you - but be prepared to endure some pretty irksome vocals singing (that have some painful use of effects on them at some points) some rather bad lyrics - the biggest offender being the opening epic, Overture/Would You Be Happy.
Funnily enough, the album doesn't really get good until a little more than half-way in. It certainly didn't become any more tolerable when the band were playing straight-up emo-rock songs like The Enemy or Lost Inside than when they were indulging in their more progressive influences - which meant longer and more drawn out songs. I hate to keep riding the complain train with this review, but the saxophone solos on here didn't do the album any favors either. The solos are certainly not badly done, but to me, the tone of the sax didn't fit the tone of the record. Using a tenor or alto sax's higher register just made it sound like it belonged on a jazz record than a modern "prog" album, but hey, that's just me. The band are their best, in my opinion, are when they're trying to be a heavy rock, semi-Dream Theater kind of heavy, band. Maybe it's my preference towards heavier sounds than I think that way, but I would rather have a band give me some semi-decent riffs being heavy than some annoying pop hooks when they're trying to be an emo-alt. rock band. In all honesty though, even the heavier tracks aren't that heavy when you put them up against a "real" metal band - and yes that's a totally subjective thing - but when stacked up against other tracks on here they stand out as being undeniably chunkier and thicker sounding in their guitar tones.
So, unfortunately I have to say that I did not particularly enjoy listening to this album. It's clear that the band are certainly talented and are trying to pull off multiple things - which they can for the most part, but I just could not get past some very vital aspects of their sound. If you're interested in finding a band that lies somewhere between prog-metal and emo-alt. rock give this a shot, though I'm not really sure how many regular readers of this blog are actually into that.
Overall Score: 5
Highlights: Take Everything, Freeze, Stuck In A Daze
Posted by maskofgojira at 2:25 PM