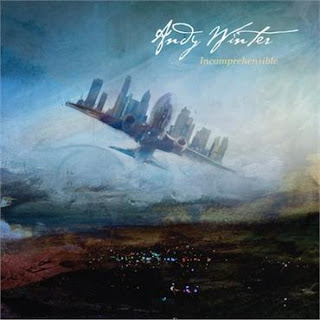 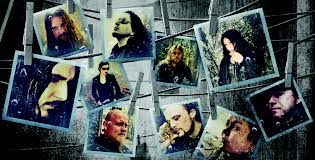 Within the last couple of decades a man by the name of Andy Winter has worked with some pretty interesting and unique groups. His role as a synth and keyboard player has varied from being more of a background player in Sculptured to more of a lead role in a group like Age of Silence. He released his first EP back in 2005 (which I have not heard), but when I saw this album and all the people involved with it, I knew I had to hear it.
Having collaborated with many interesting musicians over the years, and apparently because he's signed to The End Records, this full-length features quite the array of talent - especially in the vocal department. Featuring guests like Agnete M. Kirkevaag (of Madder Mortem), Kjetil Nordhus (ex-Green Carnation, Tristania), and Heidi S. Tveitan (ex-Peccatum, Star of Ash) as well as the likes of Lars E. Si whom Winter worked with in Winds, Paul Kuhr who he worked with in Subterranean Masquerade, and Lars A. Nedland who was a member of Age of Silence. The other two vocalists included Agalloch's own John Haughm and the legendary Dan Swanö. Each of them delivers a very interesting vocal performance which may surprise some people who are perhaps only familiar with a couple of these vocalists. Haughm delivers quite an interesting performance on his track, My Illusions Are My Own, where, because the music accompanying him is more melancholic and downplayed, he utilizes his clean vocals for the majority of the track. On first listen, I was struck by how strange his vocals were, but the more I listened to it, the more it actually appeared to fit. But for me, the highlight on here is Dan Swanö's track, Somewhere Else to Disappear. I'm a huge fan of Dan Swanö, and I thought that his baritone vocals really fit the style on this record perfectly and, personally, I would love to hear a full album like this one with him on vocals.
As for Winter's own part on this record, I guess it can be assumed that he composed, or at least arranged, these tracks, because his own performance on here is very understated. It's not a keyboard led album, with most synth work being restrained and kept in the background for the most part on here. This is not a heavy album. There are some more distorted parts on here but those are kept to a minimum and instead you have guitar parts, as well as drum and bass performances, that match the low-key and more atmospheric synth parts. In my mind, the most "metal" track on here (not the heaviest mind you), is probably The Transversal Conjecture, which recalls a lot interesting metallic chugging and ripping guitar solo. It is also the only track on here in which you will hear growled vocals, with Paul Kuhr (who is a fantastic vocalist in my opinion) really giving it his all. Also, I should say, that these heavy moments, aren't really the sort that recall the extreme side of metal, and tend to fall more in line with traditional metal, though the chord patterns and riffs themselves owe just as much a debt to jazz and folk music, which gives the entire record a very progressive, slightly avant-garde one could say, sound that does separate itself from the other projects that Winter is involved in.
Personally, I actually enjoyed this record more than I thought, and I found it pretty consistent throughout despite not really coming across as the most cohesive release I've ever heard. I'm not crazy for every song on here, but there is not a bad one on here and each vocalist does give a solid performance. This is one you'll definitely want to check out if you're a fan of more experimental and progressive forms of rock, or, if you're like me, and you're already a fan of the vocalists on here.
Overall Score: 8
Highlights: Somewhere Else to Disappear, Through The Eyes of A Surrealist, The Transversal Conjecture
Posted by maskofgojira at 5:45 PM