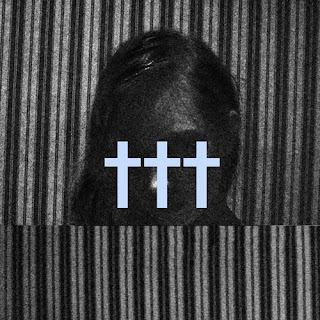 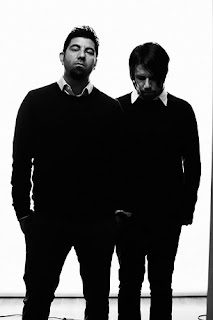 This project from Chino Moreno (of the Deftones) and Shaun Lopez (from Far) has really gotten quite popular in a short amount of time. I first heard of this project last year when a review of the duo's first EP popped up on my Youtube playlist. At the time I didn't pay too much attention to it, but when this EP was released, I kind of wanted to see what all the fuss was about, plus I had heard that there was a song or two worth looking into on here. Was it worth it?
If I take this release as a piece of pure pop music, I actually think it stands up far better than if I think of it as a rock release. It far exceeds anything I've heard from modern rock, or pop, radio within the last couple of years in terms of songwriting and performance, not to mention depth. Sonically, this EP sort of combines an almost new wave kind of instrumentation with trip-hop and the occasional alternative rock element thrown in as well. The fusion of these elements, in my opinion, allows the album to retain a sort of sensuality, something that I've found Chino has been able to do at times with Deftones, while also keeping the songs quite dark and morose. While opener Fron†iers is a decent enough opener, the real highlights of this release are the two songs that follow it. Prurien† and †elepa†hy are what you want to hear if you decide to check this release out because those two songs are real hits in the making. The two tracks that follow aren't bad, but they certainly don't live up to the last two and are much quieter and somber in comparison.
It's a decent release that's about as good as I expected it to be, not bad, but not great. I've never listened to Far, but this is far more accessible and danceable than anything Chino has done in the Deftones, so don't expect anything as dark as that. Like I said above, if I think of it as a piece of pop music, I do think that it is far superior to anything on the radio or tv at the moment. I don't expect everyone to enjoy this EP, but if you're interested in hearing some solid pop songs, definitely check out this little release.
Overall Score: 7
Highlights: Prurien†, †elepa†hy
Posted by maskofgojira at 4:57 AM