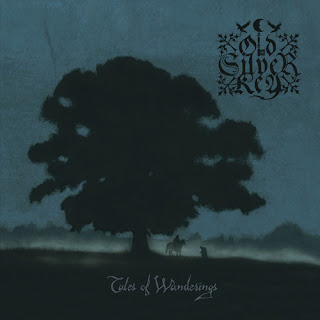 Ok, if you know this project already, you'll already know this but, this project is the collaboration between Neige, of Alcest, and the members of Drudkh. This album has been quite anticipated from both parties since it was first announced. I was pretty luke-warm to the idea of these two parties collaborating since I like both, but collaborations don't always work out for the best.
For the most part, I think people knew what to expect when this collaboration was first announced. Neige has been quite influential in the blossoming blackgaze scene and a bit in the post-black metal one was well, and Drudkh are well known for their Ukrainian black metal sound, up until their last album that is. 2010's "A Handful of Stars" turned more than a few heads due to the Ukrainians shift from their usual folk-ish atmospheric black metal sound into a more blackgaze one. The comparisons to Neige's work in the likes of Alcest and Amesoeurs definitely showed through and the distaste among fans was quite large, although I actually liked the album. So, the collaboration was going to bear the fruit of more shoegaze and post-rock sounds more than metal, and if that's what you expected, good for you, you win a prize!
This album, really, shouldn't surprise too many people, stylistically anyway. What you have here is pretty much an unmetal post-rock/shoegaze record that occasionally shows flares of both parties more metal sides. The guitars rarely harkens back to black metal; and though distortion is used, this record is made up of a lot more clean guitar. Neige's vocals are all sung, and I've heard complaints about his accent not being all that great, and if you listened to any of the bands he's sung in, you'd have already known that, so I don't really see why you would be disappointed by that. Frankly, I think the bass and drums on here are pretty well done, the drums provide some cool fills throughout and the bass pretty much carries the album in my opinion, Nineteen Winters Far Away From Home being a good example. The best example of all the members really sounding good is, I'm sure you saw this one coming, the closer About Which An Old House Dreams, which features probably the catchiest chorus on here, not that that's really saying all that much, and the best guitar melodies, and nice piano, on here.
You know, I can't say I was disappointed by this because it was pretty much what I expected it to be. It's not great by any stretch of the imagination, but it's not God awful either. If you like the whole blackgaze stuff or if you're a Neige fan, check it out, otherwise it's nothing to get all worked up over.
Overall Score: 6
Highlights: Cold Spring, Star Catcher, About Which An Old House Dreams
Posted by maskofgojira at 10:23 AM