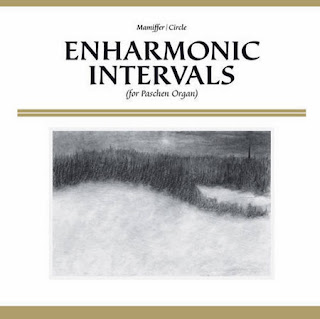 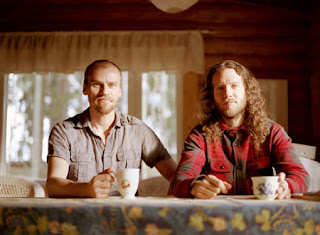 For as much acclaim has been pushed (deservedly) upon Isis, Aaron Turner's musical pursuits since he left the band have been much more low-key and experimental. Having collaborated, in one form or another, with the likes of Locrian, Pyramids, Merzbow, and Demain Johnston, Mamiffer is a project that continues to grow and show new sides. This collaboration was first made mention of something like a year or two back in an interview, so it's nice to finally hear it.

Because of the more minimalistic and droning form that Mamiffer typically takes in their music, I wasn't quite sure how the collaboration between them and psyche-rock experimentalists Circle would turn out. The latter band, having worked in everything from noise rock to jam music to heavy metal to the aforementioned psychedelic and progressive rock (among others), I thought would bring an interesting counterpoint for Mamiffer's decidedly more minimalistic style - but it actually turned out to be quite the opposite of what I thought. Instead of Mamiffer taking on more of a rock based tone to accompany Circle, this album is closer to Circle taking on a more droning tone to accompany Mammifer. There is little to no inklings of rock based music in this recording, instead we get that more meditative approach that we expect from Mamiffer with traces of more psychedelic inflections coming from organ tones, occasional synth lines, and a more operatic tone taken on several songs, hear Parting of Bodies. Since I first started listening Mamiffer I've seen them called a post-rock group (even though there really isn't much rock in their music at all) but on here, perhaps due to Circle's influence, those grandiose movements and climaxes are more fleshed out and easier to really recognize. In a way, these movements channel almost Godspeed You! Black Emperor heights of emotional weight.

Speaking for myself, I honestly wasn't all that engaged with this album at first. I mean it wasn't bad, but it didn't really do much for me. The first time I listened to it, I played it in the background while I was doing other things, and it wasn't until track four, Tumulus, that my ear was finally grabbed. Before that track, the album just sort of felt really uninteresting, and frankly, while my opinion of the album as a whole has come up since my first listen, the first half still isn't really anything I consider to be particularly amazing. The second half is really where I thought that the two bands coming together found their groove, if you will. Pretty much at the halfway point, the album takes a turn from being simply two groups trying to adapt their styles together to a, more or less, seamless blend of the two. Yes, there are still holes in the fabric that show that not every idea works, but when the two are at their best, they are doing more chamber music kind of orchestrations. It's very unobtrusive (except for those blasts of feedback and distortion) but very affecting.

Overall, I wasn't crazy on this album, it was good, but I can't really see myself returning to it a whole lot. I'd really have to be in the right mood to listen to this again, even with the greatness that is (most of) the second half of the album. This has been out for a while so I imagine most have already listened to this, but if you haven't yet, give it a shot, it's quiet and moody music and that should appeal to a good amount of people.
Overall Score: 7
Highlights: Tumulus, Vessel Full of Worms
Posted by maskofgojira at 7:13 AM