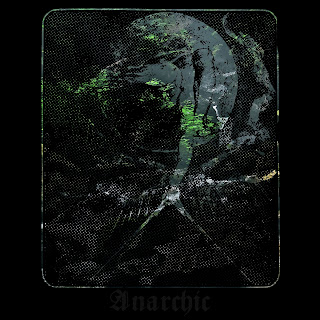 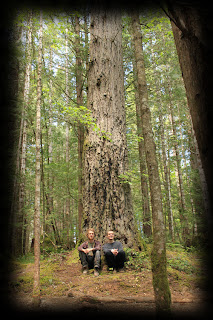 It's been three long years since the band known as Skagos last released new material, and it's been four years since their full-length debut Ást came out. Since then a large buzz has surrounded the band's progression and the work on this album in particular. With various other releases apparently in the working during this period of silence, I wasn't even sure if this album was even going to see the light of day.
Skagos has always been a project that brought a good name to the whole "Cascadian black metal" trend that was going on a few years back, maybe it's still going on for all I know, but what they released was good stuff. Their sound was raw, it's was grandiose, atmospheric, and felt authentic in it's delivery. The way the group just paced their songs was as near to perfect as a band could get (keep in mind that I'm not saying the songs were perfect but their pacing). Even though most of their songs were long and breached the ten minute mark, they never felt like the band was stretching a song out just because it needed to be more hypnotic or longer to be cool or whatever bands think about when they're trying to write epic songs, it felt like a natural progression, and I respected them for that. This album takes that epic nature of previous albums and stretches it to a new high for them by crafting an album with only two tracks, though it's really just one epic, hour long song that's divided in half for vinyl's sake I'd imagine.
By that length alone it's no stretch to say that this is the band's most ambitious undertaking yet, but in the sounds as well, I heard ideas that reminded me of bands I never expected to hear in a recording by this band. There were moments on here that surprisingly enough reminded me of Deftones and Sigur Ros more than anything else. The atmosphere on those softer sections just hit me as being more like those groups than any other. Now, whether or not the band even takes influence from those groups is another story, but that's what I heard. In addition to that, even during the more traditional black metal bursts that are used throughout this album, there are vocal inflections that take a more ambient quality to them. They can be heard within the first ten minutes of the album and it's actually a bit of a shock to hear them pop out in the mix over the buzzing guitar riffs. The band really alternates between blasting black metal sections that are quite standard for them (if you've listened to the band before you know they can pull that stuff off with ease) and more interesting sections that either come from more of the folk territory they're known for or more riff-driven or ambient based sections. Because the entire album is meant to be a single track I do have to say that the whole shift that occurs on here (soft-heavy-soft-heavy...) can begin to feel a bit stale after a while. It has been done by so many bands, I do feel like if the band perhaps broke the album into sections instead of two extended pieces, it might have helped this problem that at least I had with it.
I remember a little while back the band posted up two clips of sections of this album for download on their Bandcamp page, as a sort of teaser of sorts for this release. I downloaded them and frankly, I wasn't too impressed. While the black metal section was perfectly fine, the other track was an extended piece that was definitely a bit too much for me to really grasp. That section turned out to be the conclusion of the first half of this album. That section contained droning synth tones and an overall more ambient sound but with some rather ill-fitting vocals sung atop. Now, although I say ill-fitting, I have gone back and forth as to whether I actually dislike the vocals or not. I certainly get the vibe that the band was going for with this part and the vocals, but there are times when they did prove to be a bit too irksome for my taste. I certainly don't fault the band for at least trying this extended section out because musically, it does show a shift from the more intense ideas that the rest of the track demonstrated.
As a whole I definitely enjoyed this record a lot, much more than I think I first thought I would. It's definitely not for everyone, those track lengths are enough to scare of the average fan with ease, but if you can get past the rather bold exterior, therein you will find great beauty and great anger. It's not perfect, but it's pretty damn good, that's for sure.
Overall Score: 9
Highlights: Anarchic V-VII
Posted by maskofgojira at 8:06 AM