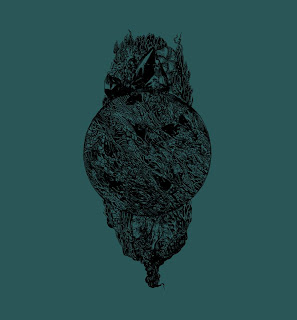 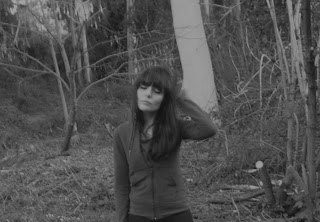 I have been meaning to cover this record for quite a while now and it's an album that I have heard nothing but praise for since it first came out. It's also been an album that I've had a couple of people ask me why I haven't covered it yet, so I figured I better get my act it gear. However I also had to give it a number of listens to give it the respect it deserved.
I've seen several comments from friends and acquaintances claiming that this is one of the best records to come out this year, which really surprised me. It wasn't that I didn't believe them but that I had had this record for quite awhile at this point and hadn't really given it a proper listen, and these people who I like and respect are telling me that I've been missing out. I remember hearing the first track that was released for the album but at this point it had still been out for quite a while and I had the full album so I really wanted to see what the hype was about. All I could have told you about the track that first came out, was that it was heavily synth driven music that recalled some of the greats like Can and Popol Vuh in my mind. I've actually described Locrian's sound by referencing both those bands in the past as well, but as you might imagine, there is quite a bit of separation between those either Can and Popol Vuh as well as between Locrian and Agarttha; but it is fair to bring up both groups when talking about either band because they take ideas from classic krautrockers like those and adapt them into something fresh and interesting.
I really don't want to make this whole review about a comparison between Locrian and Agarttha but to sum it up rather briefly, and at least in my book, unjustly, Locrian is obviously more metallic sounding but also tends to ride out on more interesting groove (because they have a real drummer), whereas the six songs on this album tend to find an atmosphere and the drums don't provide as strong a backing, and it's not as metal. That's a pretty rushed and, as I said, unjust difference between the two because obviously both projects have their moments where they will do what I said the other one does, but if I had to point out a difference at the moment that would have been it. I think it's rather crude but it should separate them enough for people. But to return focus to this album, it genuinely shocked me at how much this album did take from the likes of doom metal. Storms As He Walks, which is also the name of the record label run by Crisne (in association with Todd - you guys know who you are), definitely channels the genre in a way that I actually haven't heard done before. It takes that low end rumble and sets it against this very textured synth background before adding in a guitar and vocal part that would sound like a perfectly fine folk song on it's own. While I think wrapping ones head around the first part wouldn't be hard, the idea of imagining a folk guitar and vocal part riding on top of textured synth and droning, distorted guitar chords might strike some as being odd. But it's so awesome that it works and I haven't heard anything like it.
The first half of the album, in my opinion, is a bit more synth driven, with watery sounding pads and chords being played. That's where that Popoh Vuh comparison came in, there's a lot of droning synth scapes that just sort of play out in a way that can recall psychedelia the 70s and 80s but also sounds modern and slightly indie as well. Mind you it never becomes dull or boring because Crisne really knows her stuff and quite rightly is able to keep most of the tracks on here rather short and compact, so as to not overstay her welcome in your speakers. And yet when it all finishes up, you (or at least I) just want to put this record on again. It's entrancing but not engulfing, it's, like I said, psychedelic but also somewhat indie, raw and yet produced. All that and there are ideas I've never heard done before that make this a sure fire winner in my book.
I'm not gonna lie, I did come into this record a bit skeptical that it wasn't going to live up to the hype I had heard about it, but it surpassed it. Honestly with how I feel about it right now this review probably is still somewhat meager in quality when living up to what this actually is. I'll continue to praise this record later on in the year as well, so you can expect that. Definitely do yourself a favor and check this one out.
Overall Score: 9
Highlights: Visions of Alina, Storms As He Walks
Posted by maskofgojira at 11:24 PM