Monolithe is one of those funeral doom bands that has really gained some real status despite putting out very few releases. Whether it happens to be the inclusion of Blut Aus Nord's Vindsval for a little while or the sheer epic nature of the music they put out. Here we have both releases they put out this year. As always, the full-length is reviewed from 1-10 and the EP is reviewed from 1-8. 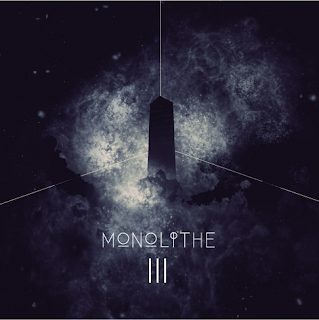 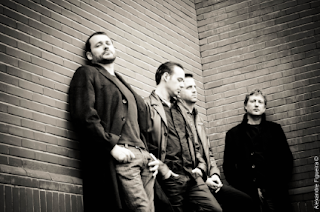 Any band that has any connection to Blut Aus Nord gained my attention several years back when I went through a big phase of BAN. I don't recall ever hearing about Monolithe during my funeral doom phase though (so that's sort of odd), but as far as I know Vindsval was no longer involved with the band at the time of this release. Not that that was going to stop me from being a fan or covering this.
What I found kind of cool was how much this band really did have a similar vibe to Blut Aus Nord, to the extent it's what I think BAN might sound like if they went funeral doom. It has those really bizarre sounding guitars that are somewhat industrial tinged but harmonized in ways that make the entirety of what they're playing sound just a little off. It's like someone decided to slow down Godflesh to a crawl, and I don't know about you, but that in and of itself would be a winning idea in my book, but these guys actually do try and make it into something a bit more tangible. Unlike the majority of other funeral doom acts, I actually found this record to be very accessible. It doesn't take the traditional approach of being ultra drone heavy and actually embraces more standard doom and melodic metal traditions. This is obviously more symphonic, in terms of atmospherics, than BAN has been in a long while, but I'll stop talking about them and focus on Monolithe now. It's very interesting because despite its fifty-plus minute running time (and being only one track), you'd think that there would be somewhere where it gets dull, as the genre itself has that problem with songs that aren't even half as long, but this track is constantly moving and changing, progressing, into something else. There's a section about twenty-seven minutes in that is just as groovy as anything Meshuggah has written, but doesn't come across as forced or contrived. It's a totally badass piece of doom metal and is highly recommended for anyone who considers themselves a fan of the genre.
Overall Score: 9
Highlights: Monolithe III 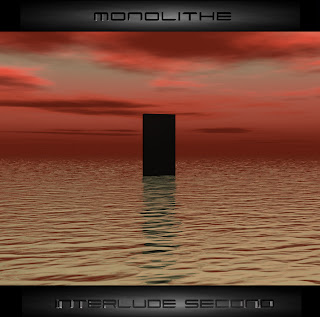 Then there was this EP which popped up earlier this year. Featuring the most songs on any recording put out by the band thus far (two songs) it follows more closely to their funeral doom roots. You don't have as many straight-up melodic or progressive parts as the album above, but what you do have is a more of that melancholy and depressive atmosphere that tends to come with being a funeral doom group. The first track, Harmony of Null Matter - Section 1, is actually quite an entertaining funeral doom piece with some nice synth work. Despite that, I actually think that the drum work is the most impressive thing about the track. It's just going all over the place, but still keeping the song very centered, and I thought that was pretty impressive. Harmony of Null Matter - Section 2 is the more interesting piece of the two songs on here in my opinion though. Making use of some more atmospheric forms of electronic percussion before bringing in some nice harmonic leads and organ work. Being the shorter of the two tracks, it feels more immediate and graspable but more abstract at the same time through use of swirling atmospheric textures in the background and less droning riffs.
Listening to this EP, it's obvious to see where the band decided to pick up from and continue onto the full-length. It's not quite as impressive a release as the above album, but if you're a fan of the band or genre, you definitely wouldn't want to pass on this one. I'm pretty sure it's still up on the band's bandcamp page as well for a very minimal fee, so get on that.
Overall Score: 7
Highlights: Harmony of Null Matter - Section 2
Posted by maskofgojira at 10:36 PM