Here are two pretty underground drone releases I was sent personally by the artists. I was unaware of either project so I was coming in fresh to both of them, hopefully that was a positive thing for the end result, IE. opinion. Both reviewed from 1-10. 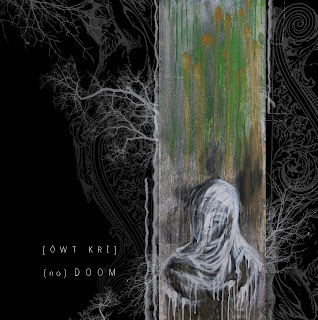 Maybe it's my fault for assuming that this was one sort of album that I was surprised when I first put this on. When I first went to the bandcamp page for this project, the first two tags that stuck out to me were "drone" and "doom", which made me think, "Oh, so it's going to sound sort of like Sunn 0)))." That's not what this sounds like.
It's probably my fault for coming in and thinking this was going to be a drone-doom album that I found myself rather disappointed when I first listened to this. Sure, there are definitely traces of doomy instrumentation, and the entire record is certainly droning, but it's not really in the realm of metal that I expected, instead favoring a more industrial-ambient kind of style. Seeing as each track does drag on for over ten minute each, and in some spots it really does drag, I think that this is a really you really have to be invested in to get something from it. I'm fine with drone albums, I have no problem with them, but I find that they still have to be interesting, and unfortunately only about half of this album managed to engage me in a way that wasn't just surface. Where a track like opener Rrrroaaaam Aaamoonh was pretty minimal in it's construction, it was hypnotic and it drew me in during every listen. The very next track, Seeek Yiiiiiri, did pretty much the exact opposite to me. It was long and seemed to just run in circles trying to create something interesting but just wound up feeling elongated and dull. I can certainly appreciate the more percussive touches that close the album out, but they don't provide any source of interest, barely grounding the song at all actually, with the distorted industrial drones that wail over the majority of the track. The two tracks that actually worked for me where the ones where it was a bit more of a straightforward drone sort of thing, where it didn't sound overly ambitious or pretentious, but hey, that's just me. I guess on a side-note, I do like the cover artwork quite a bit.
Overall, it's a mixed bag of an album. For all its ambition, I can't say that this record was a resounding success and instead falls quite short of any form of greatness in the drone genre. I'd say check it out and take what you like from it, but I can't give this a great score when half of it is burdened by poor ideas.
Overall Score: 6
Highlights: Rrrroaaaam Aaamoonh, Rrreveerrrrthhhh 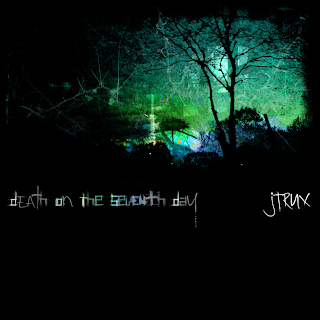 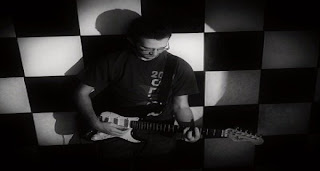 This album is apparently JTrux's second full-length release, but is being marketed as his debut for whatever reason. From the bandcamp page alone, there were multiple genre tags that I thought were interesting, as well as one that kind of made me cautious to actually play this thing. I only read one review in preparation for listening to this (which was pretty favorable towards it), so I could only hope that my impressions would come out somewhere near that persons.
Unlike what that one tag would have led me to believe, the music on this album was actually well described in that one other review I read. There are a couple of moments on here that do showcase a more hip-hop inflected sort of rhythm, sonically I'd say the beats are found somewhere between industrial pulsing and trip-hop subtlety, but the majority of this release is actually more the ambient vein. With the exception of the opener, Dusk I, and a couple other spots on the album, this album is what translates to the perfect background music. It's very calming, rarely popping out at you and trying to get your attention, it just sits back and lays down long soundscapes that just sort of hang there. I know that that sort of sounds more like I'm damning with faint praise, but this is one of the few times when I would say that the fact that this album did fall into the background is a good thing. It's very relaxing, and it's nice to hear an album that does that, whether intentional or otherwise. I'm not sure how much of a drone album you could actually call this, I'm mean, ambient music and drone music work pretty unanimously together most of the time anyway, and that's essentially what this album is, an ambient-drone record.
I was weary coming into this because I thought this was going to be a lot more beat heavy than it was. Personally, I preferred the more ambient pieces over the beat driven ones, but that's just me, maybe you'll have the opposite reaction to this. It's a little hard to recommend this sort of album to anyone specific (mainly because this is a metal blog) but if you're at all interested in ambient music, I'd definitely tell you to check this one out.
Overall Score: 8
Highlights: Dusk II, Night V
Posted by maskofgojira at 11:51 PM