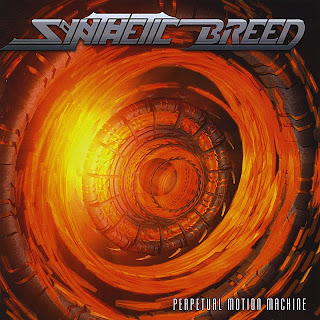 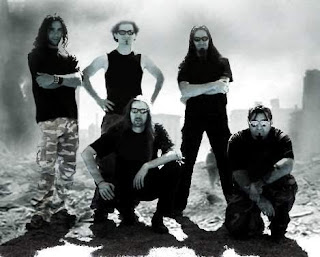 Soul Of A New Machine.

Synthetic Breed is an industrial metal group from Austrailia. This is the band's second full-length release after a fairly well received debut album released two years ago. The band has since gained a large following throughout the world thanks to their unique blending of styles.
Since the debut album, a noticeable shift in the band has occurred. What used to contain elements of nu metal, ala Korn or Slipknot, has now been replaced with a larger influence from groups like Fear Factory and Meshuggah, as noticed immediately from the opening track Resilience. What nu metal influence is left on here has been harnessed into a more focused, less alternative, jazzy sound without making it all that proggy sounding.
The rhythm section is definitely tighter on this record, with several songs, Beyond The Sphere of Reason for example, having drum and bass oriented sections with little guitar on top of them. But this also shows in the fast stop-start patterns used on here, keeping with both bands mentioned above, this album has a more groove oriented sound than their keyboard happy debut to put it bluntly. But don't let that fool you into thinking that melody is nonexistent on here, as keyboards, for the most part anyway, take a backseat and are used more for atmosphere rather than melodies, a duty now taken by the guitars.
While most tracks, unfortunately, aren't too memorable, there are some that stand out and just grab you by the collar and keep you off guard by throwing in some new ingredients. The instrumental track, Narcissistic Indulgence, opens with one of the most unique melodies on the album, sounding almost Indian, before going into a very spacey industrial vibe. The Quiescent Subject on the other hand features a much more technical approach with a more frantic sound, to me anyway, that never really stays in one place for too long.
Overall, this is a decent album, not mind blowing, but very solid. I could imagine fans of tech metal, or djent, could get into this album very easily. If you like mechanical, industrial, and groovy sounding music, definitely give this a listen.
Overall Score: 7.5
Highlights: Oblivion, Molecular Self Assembly, Afflictions of Advancement
Posted by maskofgojira at 10:31 AM