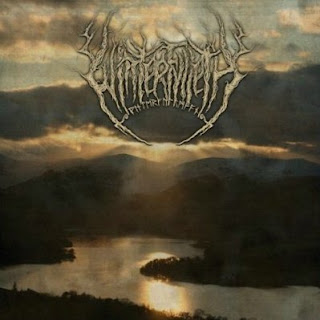 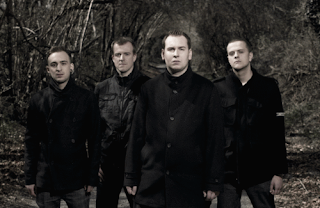 A Call To The Heritage.

Winterfylleth is a pagan/black metal group from the UK. Though this is the group's second full-length, they have gained praises for their take on pagan/black metal. This will be my first encounter with the band, so let's see what all the hype's about.
From the beginning onward, it became apparent to me why this album, and band, have earned the praise that they have, the sounds they create are reminiscent of early Ulver records and the work of bands like Drudkh. The sheer amount of music on this debut is a bit overwhelming when glancing at tracks that, for the most part, are all over five minutes, with two over ten, yet never really seem boring. Throughout this record, the band maintain a certain vibe similar to the two groups mentioned above that just makes these tracks more interesting than some other groups despite the repetition.
The sound is primal without being raw, a plus for this album, considering that this could have easily have fallen into the same place as groups like Hate Forest or Kladovest, good bands and music, but terrible production. But to the band's credit, the production maintains a raw quality to make allow it to keep the atmosphere, but is produced enough for every instrument to ring out and be clear.
When listening to the music, it's obvious to anyone that it's black metal, atmospheric and pagan as it may be, it's still going to be very aggressive. Here is where the band say, "We can do more than play fast," with tracks like Children of The Stones showcasing their ability to write great instrumental folk songs, with a great violin in this track in particular. But of course, as the album progresses, the two things become more intertwined, but that should be expected if they're put in the same league as Drudkh and Ulver and being categorized as "pagan."
I think it's fair to say that when people use the term "epic" to describe something, it should mean that that thing in particular is big, both in structure and nature, and whatever else comes into your mind, but I think it fits the two tracks that make up the center of this album, The Honour of Good Men On The Path to Eternal Glory and To Find Solace... Where Security Stands (The Wayfarer III). When listening to these tracks, it's easy to find comparisons to progressive music in the grandiose sound of these two tracks, or even mid-period Bathory for that matter, a better comparison for that matter anyway. These two tracks seem to begin one minute and then just simply end, yet being over ten, which is something that really helps me, personally, and most likely others as well, to enjoy an album with lengthy songs. Both tracks also go into different directions, where the former track is very epic and progressive at times, the latter track features a more straightforward approach in comparison being much more melodic, the bridge of the track in particular.
Overall, I can't really praise this album enough, being a first time listener, I have been thoroughly impressed. This album holds a lot of what I consider to be lacking in atmospheric and ambient black metal as well as having more than a few great songs to boot. Pretty much, if you like black metal that can actually have solid riffs, great melodies, and a bit of an old-school approach to atmosphere, check this out.
Overall Score: 8.5
Highlights: The Fields of Reckoning, The Honour of Good Men On The Path to Eternal Glory, A Valley Think With Oaks
Posted by maskofgojira at 2:51 PM