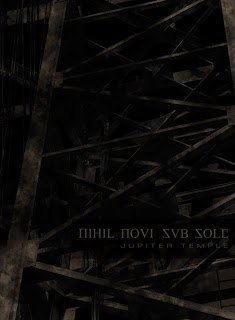 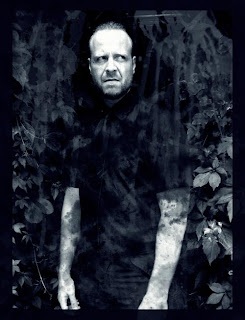 Nihil Novi Sub Sole is a martial industrial/ambient artist from the Netherlands. This is the debut release from this project that was conceived by Marco Kehren. This project was conceived to combine elements of classical and ambient together in more eerie soundtrack like way back in 2008.
This album, as it's goal was intended, combines elements of classical and ambient together, but that martial industrial style is present in here as well. The use of more orchestral like melodies through the use of classical based, or string based, instruments, I'm guessing through a keyboard of some sort, as well as very open soundscapes and more hardened beats does combine for a different sound. There is also a constant use of samples on here as well, taken from movies or what have you that are used as almost narration for the tracks. The use of chanting in the background of more than a few tracks also make up some of the atmosphere to be found on here as well.
What you'll essentially get out of this record is a dark almost film-score take on electronic music. A lot of this album is very dark and brooding, but also very textural and filled with sound and ambiance. Tracks like Avvenimento Traumatico and Paralyze express a brighter aspect to this album that does stand out among the darker aspects that is used throughout most of this album. I was very impressed with the amount of texture on this album though, the dark sections really use more minimalist approaches toward their sounds while the brighter tracks really build up as they progress.
Overall, this is a decent record that has a lot of really cool sounds on it. I'll admit that I'm not the biggest fan of this sort of music, but I found several tracks on here to be rather entertaining. If you like sort of a futuristic take on neo-classical music, definitely check this one out.
Overall Score: 6.5
Highlights: To Enslave & Destroy, Obedience to None, Idolatry
Posted by maskofgojira at 10:37 AM