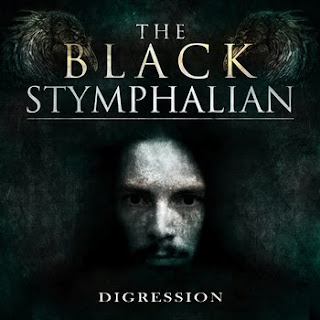 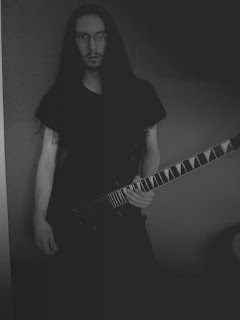 The Black Stymphalian is a solo project of guitarist/producer Jaymz Stephenson. The idea with this project was to explore his diverse taste in music that ranged from extreme metal to industrial and electronic music. On this album, Jaymz recruited 5 different singer from all over the world to sing on top of his songs.
The guitars on here, obviously being a guitar player, are really the focus of this record. The easiest comparison for one to compare this project to would have to be Nevermore, the guitar playing is technical but also melodic enough for the vocals to have their place. The guitar playing is on par with that of Jeff Loomis' and is no wonder that Jaymz won the Shred Like Jeff Loomis contest. There are also enough solos for any guitar player to freak out over as well, because if you can shred, why not showcase it, just listen to the one in Where Strong Become Weak for a prime example.
But besides being a great guitarist, the songs on here demonstrate an ability for writing in multiple styles, while all of them feature a somewhat technical thrash vibe akin to that of Nevermore, while tracks like Deadlock (The Fall of Angels) show a bit more leaning towards death metal, the epic, Falling Into Darkness, has far more in common with Dream Theater than extreme metal. The final track, The Watcher, even goes into the mellower territory for it's first half, something that should definitely be explored further in the future with this project.
Overall, this is yet another very promising start to what should become a long career. This album features everything that a metal guitar player loves and enough vocal variety to also entertain those not drawn to it by just instrumental prowess. If you like progressive extreme metal, this is something that you should definitely check out.
Overall Score: 8
Highlights: Falling Into Darkness, The Watcher

Posted by maskofgojira at 6:35 AM