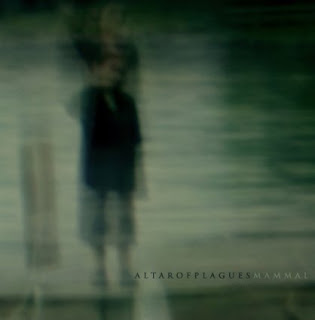 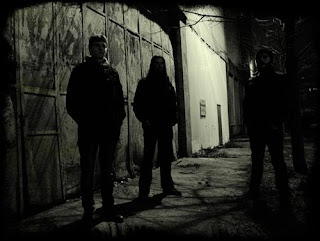 As one of black metal's fastest rising stars, Altar of Plagues has been on the up since their debut "White Tomb" came out in 2009. Last year the band released the "Tides" EP that was well received and boosted them another level. This new release comes as highly anticipated by many, including myself, as the samples that have been released thus far have been of the highest quality.
In a similar fashion to their last full-length, this album too has four songs that all sort of flow together into a single piece, though maybe not as intentional as that one was. While starting off with a drone, Neptune Is Dead soon bursts into a more aggressive sound where the band do show off some of their more black metal side, not that you would expect them to play like that for the whole eighteen minutes of this track. I think it would be fair to say that this and the closer, All Life Converges to Some Center, are the only points on the album where you'll hear the band playing a more black metal oriented form, as the rest of the album definitely disintegrates into a more melancholic realm.
The band definitely has a style that is unlike that of any other group out there right now, despite having characteristics of other bands, or sounding a bit familiar at times. Like previous material, this track, and really the whole album, ebbs and flows, moving from heavy to soft, brutal to melodic, melancholic to almost uplifting at times, it's not an original dynamic, but it's one that the band definitely know how to use to their advantage. A track like Feather and Bone amazes me with how it's able to move from a very atmospheric and texture section into a very barren and almost desolate sounding section that just sounds so bleak.
This is high quality stuff without a doubt and an album that has so much to offer a listener. This record could appeal to so many people due to it's broad range of influences that shine through, from the post-rock to the black metal. If you like "progressive" black metal, or a band that definitely takes you on a journey while you listen, definitely look out for this album.
Overall Score: 9
Highlights: Feather and Bone, All Life Converges to Some Center
Posted by maskofgojira at 7:59 AM